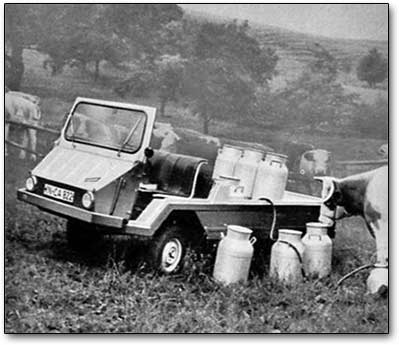 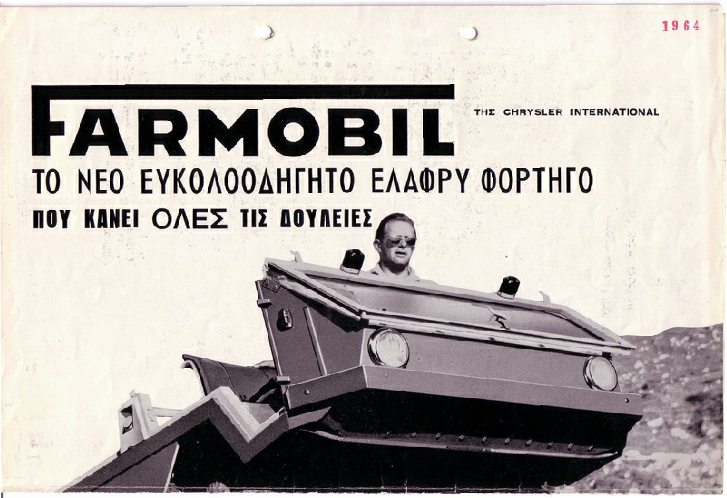 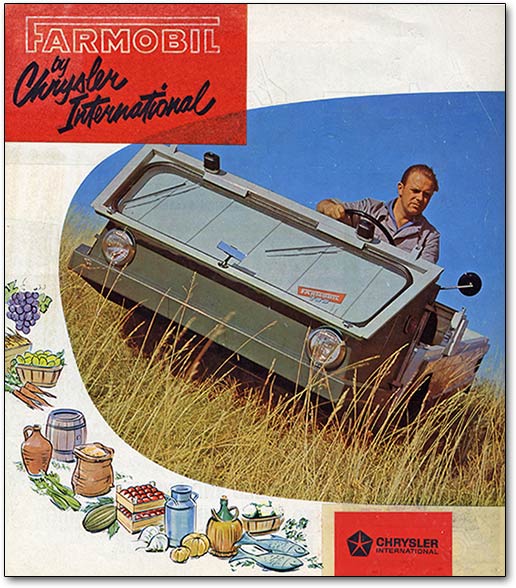 In 1956, the ancestor of NAMCO, INTHELCO Munich, in cooperation with FAHR AG, MASCHINENFABRIK Gottmandingen, completed the Research & Development (R&D) of the motor vehicle FARMOBIL BMW, a very advanced and complete vehicle, when in 1956 BMW produced a simple vehicle, the ISETTA and an 8-cylinder limousine, almost hand-made and with wooden moulds!

The Farmobil was a simple, low- cost vehicle. It used a BMW Isetta Engine 697cc (0,7 liters ), and a patented, four-speed manual gearbox from Porsche.

The production took place in Thessaloniki, Greece, from 1962 to 1966. While Farmobil travels to car exhibitions, including that of Paris, Greece was not then a member of the European Community, and the cost of import duty increased the price.

Moreover, the BMW was nearly bankrupt and remained alive thanks to the vigorous and insightful judgment of the Bavarian Government, who checked into a famous businessman of the Harald Quandt house, and in their hands it rapidly grew to become a vast, global company, with a volume almost equal to the Greek Budget.

This simple comparison demonstrates the magnitude of the injustice against the Greek automotive industry in general!